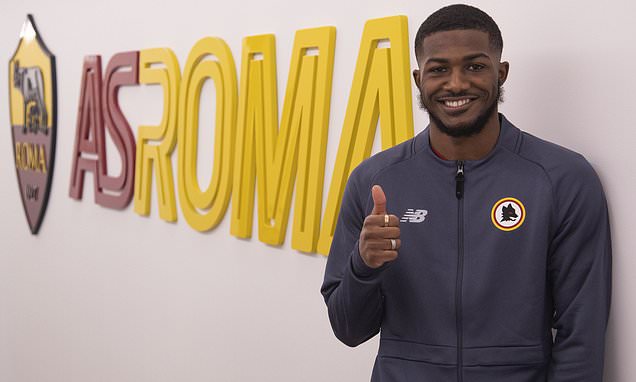 Arsenal’s Ainsley Maitland-Niles have joined AS Roma on loan for the remainder of the season, the Italian club announced on Saturday.

The 24-year-old midfielder, who made 132 appearances with his childhood club in north London, will join compatriots Chris Smalling and Tammy Abraham in Jose Mourinho’s side.

“I’m just so happy to be here and can’t wait to continue. I want to help the team and show what I can do as a player, “England international Maitland-Niles said.

The England international joined the Serie A squad until June and was awarded the No.15

“Thank you to the fans for the support they have already shown me – I hope we can continue to do something good by the end of the season.”

Maitland-Niles struggled to buy time at Arsenal in the first half of the season, making eight Premier League appearances – the last on November 20.

Mourinho is hoping the winger can make an impact after an inconsistent start to the season that left Roma seventh after 20 games, six points out of the top four.

“With Maitland-Niles, we bring a young player to Roma who fits well with the profile we were looking for to improve the squad and cover a number of different positions,” said Roma general manager Tiago Pinto.

“When we spoke to Ainsley we were really struck by his enthusiasm to join our group and have the chance to work with Jose Mourinho.”

Maitland-Niles have struggled to play regularly at Arsenal this season

ASX large-cap banking stocks to keep tabs on this season