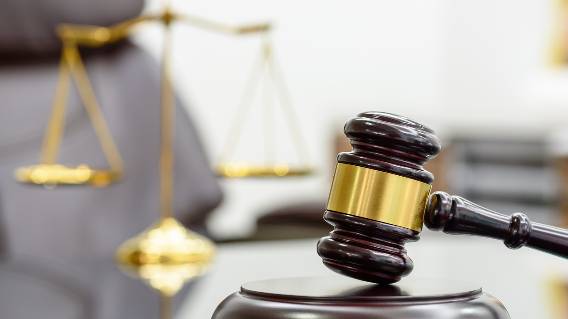 Our fact-checking process begins with a thorough review of all sources to ensure they are of high quality. Then we cross-check the facts with original medical or scientific reports published by those sources, or we validate the facts with reputable news outlets, medical and scientific experts, and other health experts. Each page includes all sources for full transparency.

Much to the anger of plaintiffs’ attorneys across the country, a federal judge in New Jersey has allowed Johnson & Johnson to proceed with its controversial bankruptcy plan involving thousands of talc-related lawsuits.

The strategy will allow Johnson & Johnson to separate its assets from its liabilities, putting more than 38,000 claims on a newly created entity called LTL Management LLC, which has filed for Chapter 11 bankruptcy protection.

The lawsuits relate to asbestos-contaminated talc and include those for mesothelioma cancer. The majority relate to ovarian cancer.

U.S. Bankruptcy Judge Michael B. Kaplan approved the plan on Feb. 25, rejecting an appeal from a panel of personal injury attorneys who had asked the court to dismiss the J&J subsidiary’s filing.

“We disagree with the court’s rulings,” said a spokesperson for the Mesothelioma Claimants Committee, which was part of the New Jersey bankruptcy case. “We remain concerned that the victims have been forced into bankruptcy while J&J has been shielded from answering their independent and separate liability for the talc products.”

Johnson & Johnson will save billions

Kaplan dismissed the plaintiffs’ argument, allowing J&J to avoid a much more costly and time-consuming route to pursuing individual lawsuits. He said bankruptcy offers a faster and fairer alternative.

“This Chapter 11 is used, not to escape responsibility, but to bring accountability and certainty,” Kaplan wrote. “There is nothing to fear in the migration of tort litigation out of the tort system into the bankruptcy system.”

Johnson & Johnson officials testified in court that they first seriously explored this bankruptcy strategy in June 2021 after the US Supreme Court refused to review a $2.1 billion judgment in Missouri for 20 women who claimed their ovarian cancer was caused by J&J’s talc products.

Johnson & Johnson is one of America’s wealthiest companies, with a market share of over $450 billion. Jury verdicts and settlements have already cost J&J about $4.5 billion, but the initial bankruptcy filing in October ended talc lawsuits in federal and state courts.

By comparison, the newly created subsidiary, LTL Management LLC, listed its value at $10 billion, along with $10 billion in liabilities, according to court documents.

Johnson & Johnson should save billions of dollars in the long run. Its stock closed on Friday â€” the day Kaplan announced its decision â€” up 5%, its biggest one-day gain since the spring of 2020.

â€œI am surprised and disappointed that Judge Kaplan is allowing their bankruptcy to proceed,â€ Daniel Wasserberg, a New York City talc litigation attorney, told the Mesothelioma Center on Asbestos.com. â€œWhen one of the wealthiest corporations on the planet is allowed to dump its debts by throwing them in a court-sanctioned dumpster, there can be no justice for the people it killed or for their loved ones.”

The recent court decision was unexpected

Kaplan’s decision was somewhat surprising, based on his position as U.S. bankruptcy judge for the District of New Jersey.

The hearing was originally scheduled in North Carolina, a jurisdiction deemed more favorable to this bankruptcy strategy, which is why LTL Management was opened there. A federal judge, however, said he was “required” to have the case heard in New Jersey, where J&J is headquartered. It is a district considered less favorable to bankruptcy filings, according to past cases.

When the move was announced, attorneys across the country with cases against J&J cheered the move to New Jersey, expecting the petition for bankruptcy protection to be denied.

The bankruptcy strategy could be a model for other companies

J&J continued to emphasize the safety of its talc products, but stopped selling many of them in the United States and Canada as the number of injury lawsuits increased. J&J attributed the shutdown to misinformation.

Details of the bankruptcy filing will continue to be negotiated. Johnson & Johnson said it has set aside $2 billion to settle talc-related claims, but that figure could change significantly in the coming weeks.

Filing for bankruptcy should put pressure on claimants to accept lower settlements than they would have done before and avoid overpayments.

“It’s very disappointing when huge corporations with huge profits can abuse the bankruptcy system to avoid being held responsible for harming Americans with dangerous products like asbestos,” said attorney Joe Lahav, adviser legal on site at the Mesothelioma Center. “All this latest ruling does is allow corporate fat cats to keep even more money in their pockets and out of the hands of the innocent people they have harmed.”

Lawyers now fear the latest ruling could become a model for profitable companies in the future to benefit from Chapter 11 and protect valuable business assets.