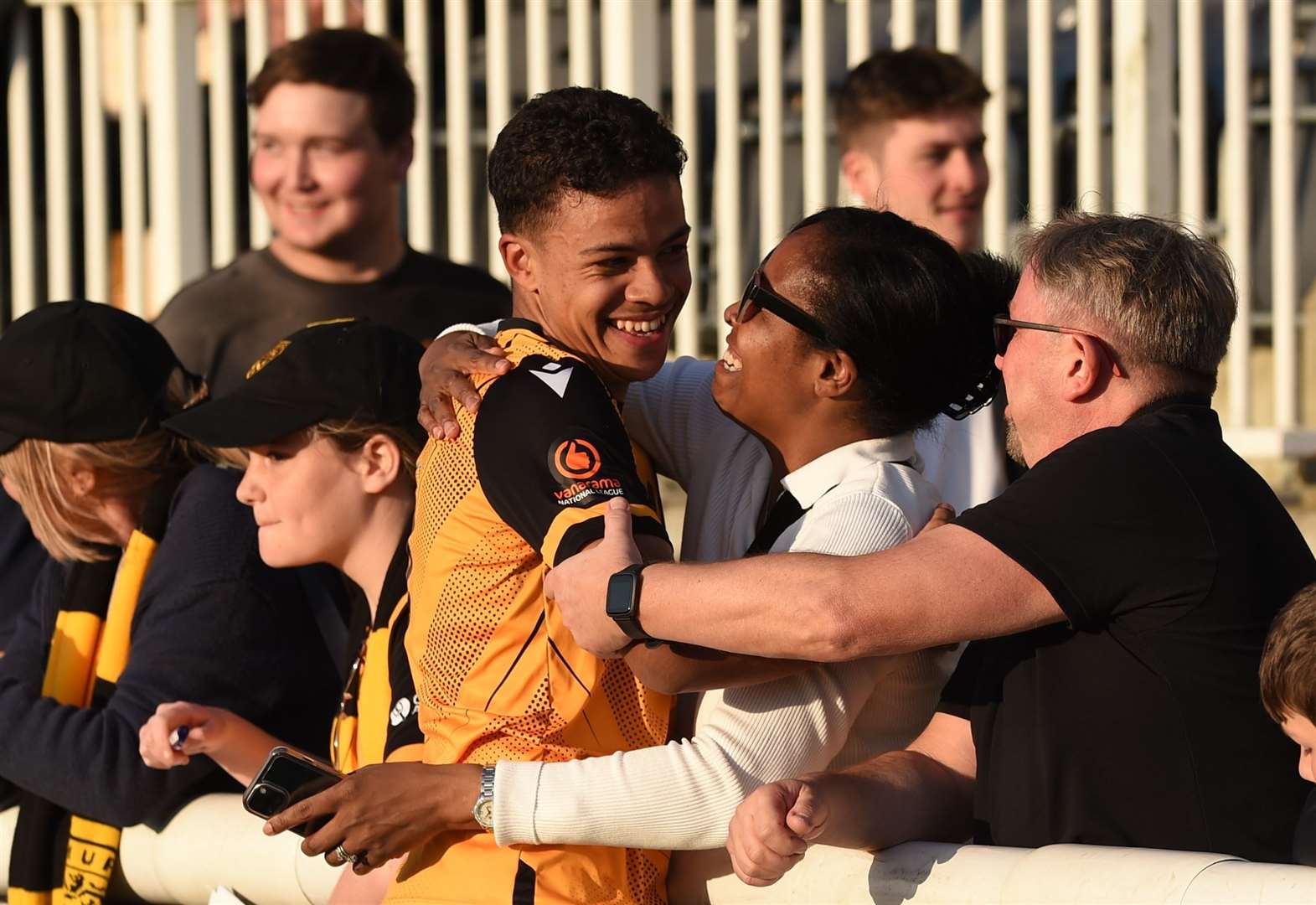 Johl Powell ticked off one of his two big wishes at Maidstone.

Powell had his month-long loan from Charlton extended until the end of the season – just as the young midfielder wanted.

And with that settled, he can continue with the second part of his mission at Maidstone – helping them win the National League South title.

He’s certainly doing his part on that front, scoring the 96th-minute winner against St Albans who sent Hakan Hayrettin’s side four points clear of Dorking in the lead.

He finished Christie Pattisson’s cross to earn the points after Maidstone blew a two-goal lead.

The buzz of scoring his first senior goal and delighting 2,500 home fans will live with him for a long time.

It was the perfect way to mark his loan extension after coming off the bench midway through the second half.

Powell said: “I spoke to the gaffer and Terry (Harris, No. 2) last Tuesday, they pulled me into the office and said they would like to extend the loan and what did they think?

“I said I’d be happy to stay until the end of the season. That’s what I wanted.

“I had been kicked out of the last two teams and I think that gave me more motivation to work hard in training and come back to the team.

“I came off the bench and showed what I can do.

“I hope we win the league, that’s what I came here to do and hopefully I can contribute with more goals like that.

“It was my first experience of scoring in front of the fans and it was an incredible feeling.

“I can’t really describe it, but it’s one of the best feelings I’ve had on the football pitch.”

Powell, 20, has made three first-team appearances for Charlton, in the Football League Trophy and League Cup games, but is mainly in the Under-23s.

The Addicks are watching him and know his move to Maidstone will only help his development.

“So far the feedback has been very positive,” he said.

“It was positive after my debut (3-2 win over Hungerford), when I came into the league’s team of the week, and I think it will be quite positive after today as well.

“I think they could have had a few people watching the game.