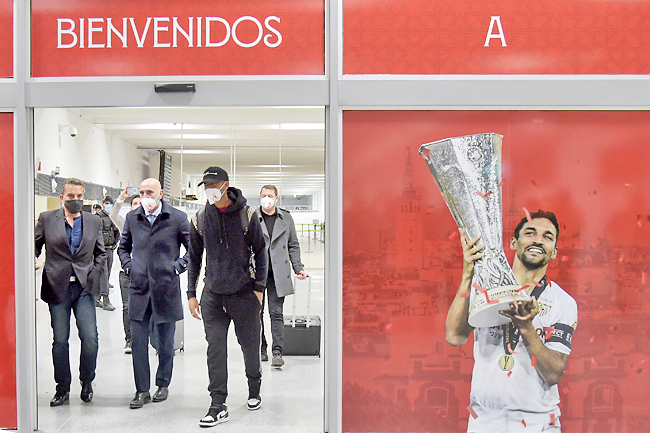 Martial will join Sevilla’s title charge in Spain, with the club in second place and trailing Real Madrid by four points.

The 26-year-old has told United caretaker manager Ralf Rangnick that he wants to leave in January after being frustrated by a lack of playing opportunities.

Rangnick then accused Martial of refusing to travel to a game against Aston Villa earlier this month, a claim Martial denies.

He made his first appearance under Rangnick as a substitute against West Ham last weekend and contributed to Marcus Rashford’s winning goal, after he was mocked by some United fans upon his arrival.

“He’s a great player, one of the best strikers in the Premier League, but we have other players in his place. It’s his wish that he wants to leave,” Rangnick said on Saturday.

Martial was one of Europe’s brightest prospects when United signed him for a then-world record for a teenager in 2015.

After a promising first season under Louis van Gaal, the Frenchman struggled to impress Jose Mourinho during his two-year spell at Old Trafford.

The appointment of Ole Gunnar Solskjaer reignited Martial’s Manchester career and he enjoyed his best scoring season in 2019/20, netting 23 goals.

NCB seeks to explain why it is increasing bank fees | News