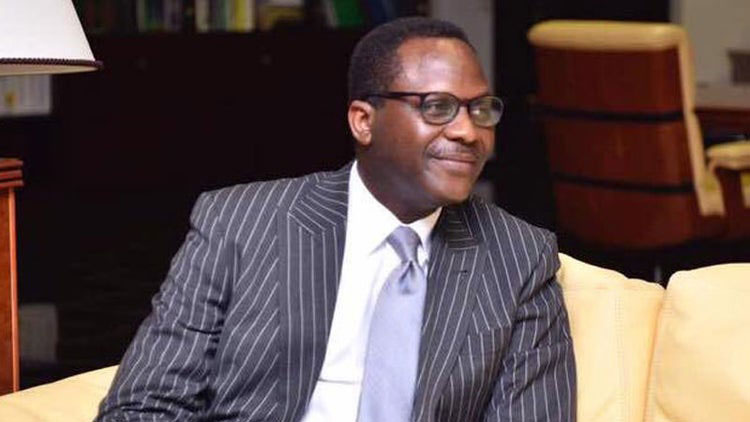 A seemingly innocuous ‘war’ has been raging in the Nigerian financial services space for some time now: the ‘war’ to defeat the activities of mostly unlicensed and unapproved ‘banks’ of various hues that have virtually invaded the banking sector. The “invaders” have been variously described as “online moneylenders”, “loan sharks”, “shylocks”, among others; yet they continue to proliferate, eat away at and undermine normal bank operations. The activities of these “invaders” have indeed annoyed and rattled the relevant regulatory agencies to no end; thus provoking the establishment of a joint investigative and disciplinary working group to “smoke out” and flush out these “strange banks”.

Not so long ago, the Federal Competition and Consumer Protection Commission (FCCPC), the Central Bank of Nigeria (CBN) and the Economic and Financial Crimes Commission (EFCC) jointly launched an investigation into the violation of rights on the methods of lending money and the impacts of these so-called banks. Mr. Babatunde Irukera, the Managing Director of FCCPC recently revealed in Abuja that the Independent Corrupt Practices Commission (ICPC) and the National Information Technology Development Agency are also members of the Joint Compliance Committee regulations. Irukera said the committee would lead efforts to tackle multiple potentially questionable behaviors by some lenders, otherwise known as loan sharks.

According to him, relevant regulators have decided to collaborate and pursue urgent enforcement actions against known violators while investigating others, as well as criminal prosecutions where appropriate. He regretted that the “act” is fast becoming a mainstream and abusive practice targeting some of the most vulnerable people in Nigerian society. Many recipients of loan facilities from these voodoo banks are known to have been subjected to questionable repayment enforcement practices, including public shaming and privacy violations; and these have led to “significant and understandable consumer aggravation and dissatisfaction,” Irukera said.

The methods of these pseudo-banks also include arbitrary, unfair, unreasonable, or abusive interest rate and/or loan balance calculations, harassment, and failure of consumer feedback mechanisms, among others. Irukera said: “Initial investigations demonstrate that many of the purported lenders are not legally established or otherwise authorized by relevant authorities to engage in the services they ostensibly provide.”

Undoubtedly, these pseudo-banks have flourished on the “wings” of financial technology (fintech), offering financial products and services without going through the rigors of proper registration and/or licensing by the authorities. competent. It also provides them with an “escape” from prying eyes and scrutiny from regulators and supervisors. Thus, ensconced in their largely obscure world, they lure unsuspecting members of the public with “bait” (products) that are practically “whitewashed sepulchres”. And their victims end up paying through the nose and could be pushed into some sort of peonage.

The owners and operators of these pseudo-banks, who are mostly “digital natives”, use as a business tool what are called applications: software designed to perform specific functions directly for the user ( and that eliminate the hassle and paperwork burden in conventional banking when processing loans, for example). The FCCPC & Co have, during their investigations, traced the ownership and “management” of these applications to certain digital technology giants, namely Google and Apple. Indeed, the consumer protection body (FCCPC) accuses the two technology giants of “the inability to trace the owners of certain banks that failed to lend money online for violating consumer rights”. She has, prior to this indictment, ordered Google and Apple to enforce the removal of these money-lending applications (apps) from their stores when evidence of improper conduct or use of the apps in violation of rights consumers have been established.

While the FCCPC is waging this ‘war’ from its chosen front, the Central Bank of Nigeria (CBN) has also been relentless in its efforts to shield the gullible and vulnerable public from the dubious schemes of the proliferating ‘banks’. in financial services. space. Indeed, for the umpteenth time, the apex bank has drawn the attention of Nigerians to the risks of patronizing what it calls “illegal financial operators (IFOs) who carry out their nefarious business of extorting money. money to unsuspecting members of the public with a promise of high returns that will stay as they are, a false promise. Reiterating the warning from the Financial Services Regulatory Coordinating Committee (FSRCC) recently, the Head of Corporate Communications, CBN, Mr. Osita Nwanisobi, said that the increase in the number and activities of IFOs, which leaves portend a grave risk to public confidence and the stability of the Nigerian financial system was becoming worrying.

Dismissing pseudo-banks as “Ponzi schemes”, Nwanisobi argued that “as Nigerians we have a role to play in preventing some of these institutions from operating illegally” and insisted that “the nation should be wary of any institution that starts asking potential investors to bring in their money with offers of outrageously high interest rates. One of the dangers of frequenting these IFOs is that most of them are fronts for drug-related businesses, money laundering syndicates, incorrigible tax evaders and other similar rogue businesses that have a negative impact on the smooth functioning of financial systems not only in Nigeria but elsewhere. in the global village.

The Securities and Exchange Commission (SEC) has also been involved in this raging “war” against the relentless perpetrators of “Ponzi schemes” in Nigeria. On March 14, 2022, the Supreme Capital Market Regulator waved the big stick and closed the offices of some organizations including Oxford International Group/Oxford Commercial Services, Farmforte Agro Allied Solutions Limited/Agropartnerships, VEKTR Capital Investment/VEKTR Enterprises.

In doing so, the SEC states: “The Commission hereby gives notice to the investing public that none of these entities is registered with the SEC, nor are the investment programs promoted by them approved by the SEC. ” The Commission warned that “it is unlawful for any private business…to solicit funds from the public by any means to finance its private business in contravention of the Investments and Securities Act 2007”.

As the war against “online lenders”, voodoo banks or “Ponzi schemes” intensifies, the ecosystem of financial services is constantly populated by new entrants. This scenario is already intensifying competition in an already “tense” banking sector. Payment Service Banks (PSBs), bank agencies and others are joining. Just a few days ago, the apex bank gave a final nod to MTN Nigeria for the launch of PSB, marking the telecommunications company’s entry into the already ‘crowded’ banking sector. Admittedly, this development can only increase competition, particularly between commercial banks and Fintechs; it could also advance financial inclusion by providing a diverse and heterogeneous range of financial services to the hitherto unbanked.

However, all of this poses challenges, both to the apex bank, to other regulators and to the banking public: the task of systematically separating the “apples” from the “oranges”. In other words, the banking public (all executives) needs to be systematically educated about the legitimate players and the bogus and fraudulent “invaders” that need to be driven out. Right now, too many desperadoes (especially fintech pundits) are flooding the financial services sector in an effort to reap bounties, even as the economy slows.
Okeke, an economist, sustainability expert and business strategy consultant, wrote from Lagos. He can be contacted at: [email protected]